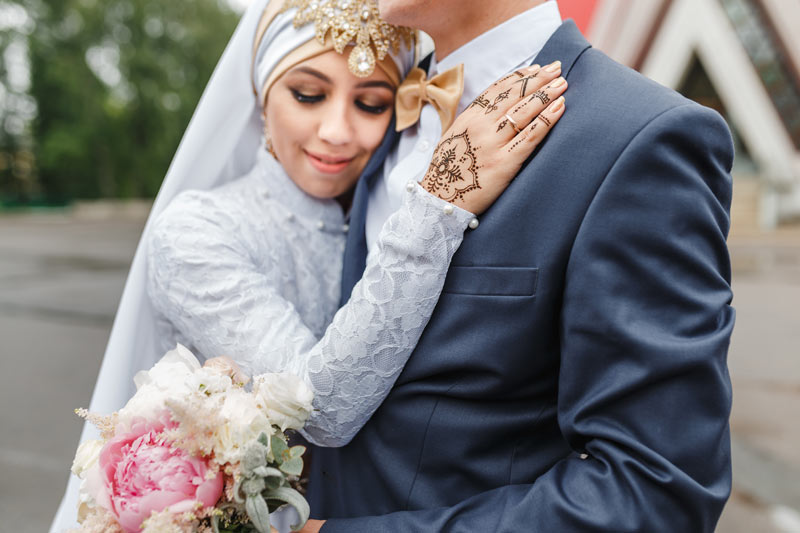 Did you know that in 2017 there were over 3 million Muslims living in the United States?

It is no wonder that with such a large Muslim population, there are many Muslim weddings happening across the country.

Are you attending or hosting a Muslim wedding?

Keep reading to learn about the top Muslim wedding traditions.

A wedding is a big part of Islamic culture and is mandated as a duty of a Muslim by the Holy Quran. They are important because weddings are viewed as a way to continue their religion through future generations as the married couple’s family grows. Muslim traditions vary based on the country where the wedding is held but the ceremony does not change.

A Muslim wedding might be held at a local mosque or a hotel. This choice is completely up to the bride and depends on the location where the soon to be newlyweds will live. There are numerous wedding traditions in each culture.

Nikah is the name for the ceremony itself. It is when the marriage contracts are physically signed in front of witnesses and read out loud. During the Nikah, the officiant gives a message for the bride, groom, and the attendees, as well as reciting parts of the Quran.

The officiant is normally a community leader.

Arsi Mushraf is when the bride and groom lay eyes on each other after the marriage is official. The Holy Quran is placed on top of a mirror that is in between the couple. They both look directly into the mirror and see each other’s reflection.

This tradition is when the groom gives the bride a gift. This gift can either be money, a ring, or property, just to name a few common gifts the groom gives his bride. During the Nikah, the Mahr is stated in the marriage contract and signed.

After the wedding ceremony, there are a couple of traditional post-wedding rituals that are observed.

After the wedding, the bride says goodbye to her family and heads to her husband’s home. At the husband’s home, her mother in law welcomes her. The Holy Quran is then placed on her head as a reminder of her new duties as a married woman.

Walimah is when the reception party, along with a grand feast, is held as a public declaration of the marriage. The newlyweds sit on a throne on top of a stage where they meet all the family members from both parties. There is also dancing during the Walimah.

This tradition happens on the fourth day after the wedding. The bride and the groom visit the bride’s home where they are welcomed with a grand lunch and gifts. This meal is the last of all the traditions of a typical Muslim wedding.

Muslim wedding traditions are an honor for both families, which are very important to everyone involved. The rituals mentioned above are the most common, but keep in mind that they can vary. It just depends on the bride and groom, their families, and their beliefs.

Check out our site for a one place stop to learn about all aspects of different types of weddings. It is the place to go to do all the research as you plan your special day or help a friend plan theirs.

Wedding Details is your comprehensive guide to all aspects of your wedding. From traditional ceremonies to questions regarding the guests, our website offers you one place to do all your research.